2022 May Be Record Season for Sea Turtle Nests 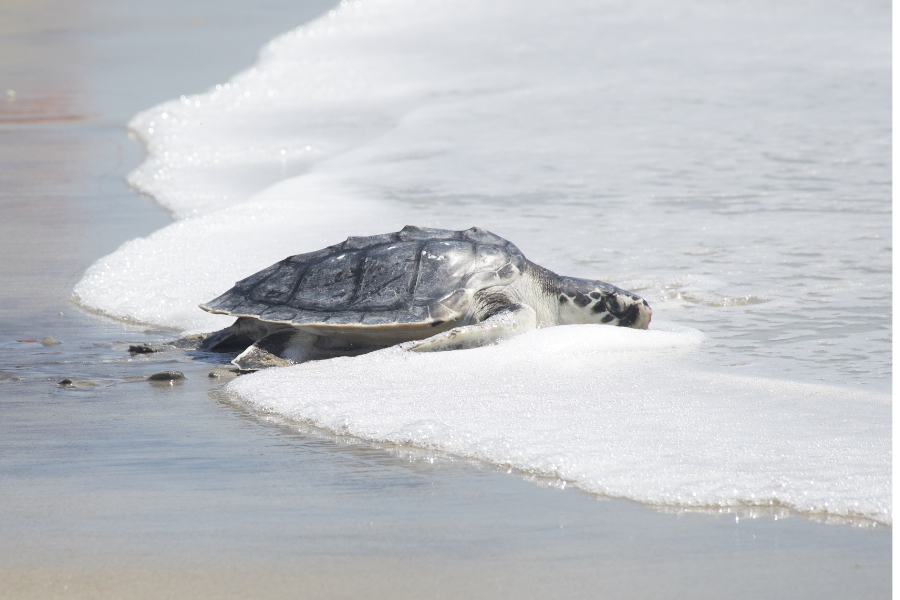 It’s still a bit early to say for sure, but the early signs point to 2022 being one of the best years in recent memory for sea turtle nesting. That’s the early report from N.E.S.T.—the folks on the Outer Banks who monitor turtle nesting behavior north of Oregon Inlet.

At Cape Hatteras National Seashore the same story seems to be emerging.

Through Wednesday, June 22, there were 12 nests recorded from Nags Head to Corolla. That is more than are usually seen.

At CHNS, where nesting is a more common activity, the numbers seem to be up significantly. There have been 117 nest recorded this year; in 2021 94 were found.

The number of false crawls have also increased this year. A false crawl is when a female comes onto the beach as though she is going to lay eggs, but does to do so.

Most of the nests are loggerhead turtles with an occasional Kemp’s Ridley and Green turtle in the mix. This year, for the first time since 2012 a leatherback turtle nest has been identified at CHNS. That is considered a rare event in this area.

Although the early signs are encouraging, there is still a way to go until the eggs begin to hatch. The typical incubation period is 60 days so most of the hatchlings will emerge in August. They emerge in what is called a boil, as they all seem to boil out of the sand.

When they emerge it is imperative that there are no lights to distract them. The hatchlings have been known to go toward land if there are bright lights.

Most of the nesting sea turtles along the Outer Banks are considered endangered species, and the nests are protected by federal and state law.

The Outer Banks is a fascinating place where nature is always at the doorstep. Come explore the marvels of life on a sandbar when staying in a  home.