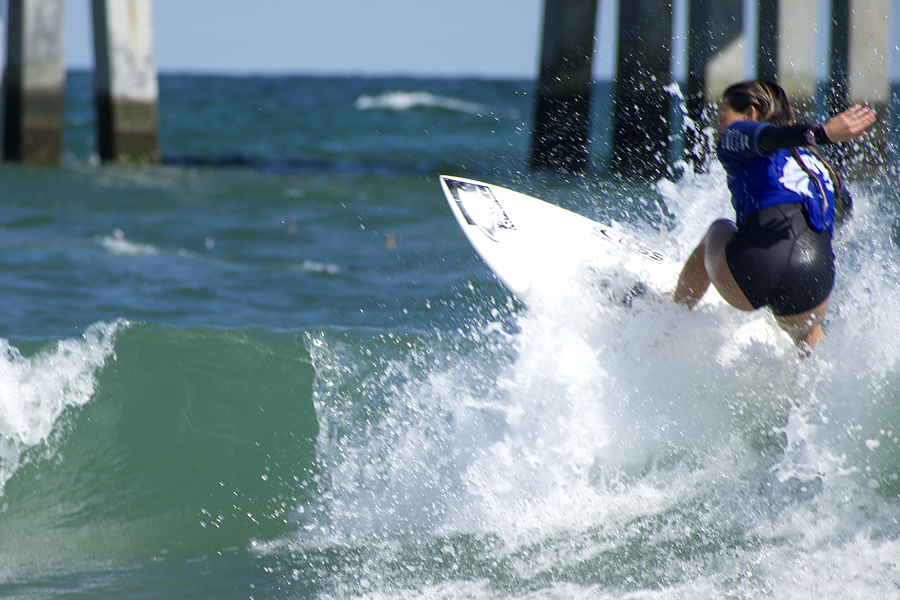 The WRV OBX Pro is back in town. The annual surf competition had to take a year off in 2020 because of COVID, but as summer winds down the competition heated up at Jennette’s Pier.

Conditions have not been ideal. Waves have been around 2’ and today there was a lot of chop in the water. Nonetheless, the competitors have managed to put on one heck of a show.

It was the end of a four day competition with surfers from the East Coast, West Coast and Caribbean competing for top prize. In the end it was Taro Watanabe taking the mens division and Kirra Pinkerton winning the women’s.

On the women’s side Alyssa Spencer from Carlsbad, CA held off Kirra Pinderton to take the final heat.

This was the 20th WRV OBX Pro, although the event has been around since 1999. COVID cancelled the event last year and there have been a couple of hurricanes that crashed the party.

Although the waves weren’t great for the event, just having everyone gathered together on the beach with sunshine and pleasant temperatures made the event special.

Surfers may wish to keep their eyes on what should be coming later this week. As Hurricane Larry pushes north well to the east—the forecast track takes it east of Bermuda, waves should start building in on Tuesday and Wednesday through Friday we’re looking at some classic late summer, early fall conditions on the Outer Banks. Waves should be running from 5’-7’.

The weather forecast looks best on Wednesday right now, but that could change.

Surfers, there fall may be the best time of the year to catch a wave on the Outer Banks. Plan your autumn getaway in a Brindley Beach Vacations home.