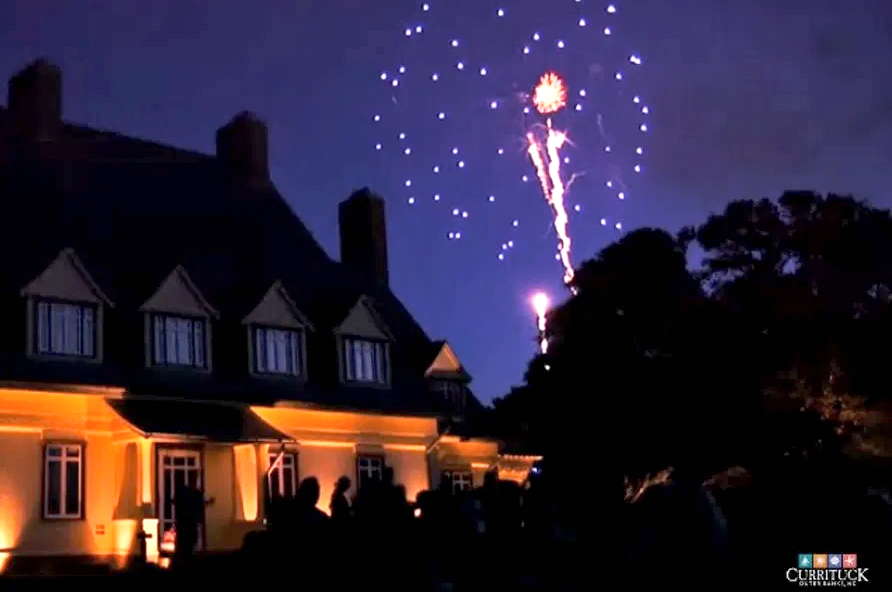 July 4th is, of course, Independence Day. Our nation’s birthday, is a great description of what it’s all about.

Most of the Outer Banks will be celebrating Independence Day on the actual day the Continental Congress actually agreed to the document declaring independence from England. The actual vote to sever political ties with England occurred on July 2, 1776, but the document the begins, “When in the Course of human events…” became official on July 4.

All that confusion aside, most of the fireworks will be going off on July 4. Corolla, though, is the exception.

The Corolla fireworks at the Whalehead Club will by on Monday, July 5. The reason is simple—Sunday is a turnover day on the Outer Banks, and at the north end of it all, the effects of 20,000-30,000 going and coming happens a little later than Kill Devil Hills or Manteo.

To avoid a huge traffic jam and give people a chance to get settled in, Currituck County Tourism is sponsoring the celebration on Monday.

And they do it right at the Whalehead Club. Festivities begin at 5:00 p.m. with live music, entertainment and some great food trucks.

This is really a joyful all-American birthday party. There will be a watermelon eating contest, a kids dance contest and it all culminates with what might be the most spectacular fireworks display on the Outer Banks.

The fireworks begin at sunset—8:25-8:30 on Monday. With the fireworks lighting up the sky over Currituck Sound and the Whalehead Club silhouetted as the sky explodes with color, the show is wonderful and amazing.

The Whalehead Club 4th of July celebration is one of the most popular on the Outer Banks, and parking can be a challenge. Try to get there as early as possible. Also, please be patient when leaving. There are usually a few thousand people on hand for the event, and traffic moves slowly at first. And insect repellant is probably a good idea.

The Outer Banks is filled with surprising things to see and do. Schedule you exploration with a vacation in a Brindley Beach Vacations home.