Is More Wind Energy Coming to the Outer Banks? 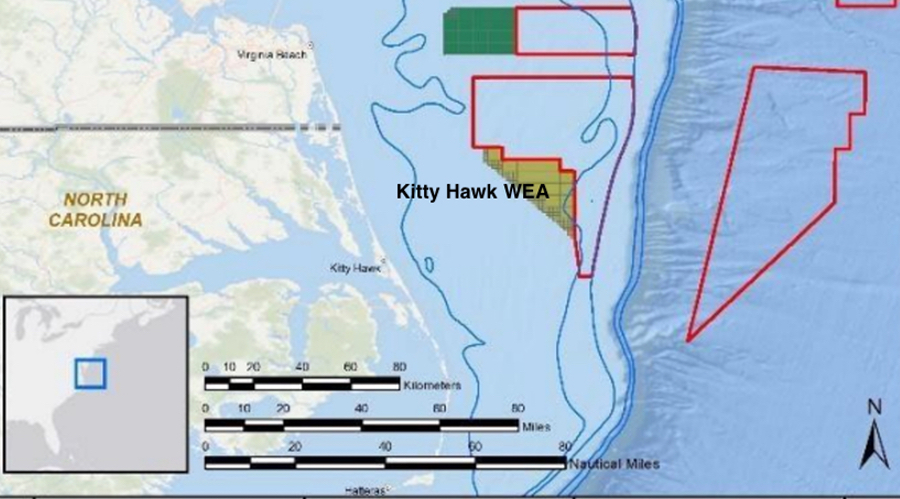 Far out to sea, beyond what anyone would be able to see from the shore, the Bureau of Ocean Energy Management (BOEM) is proposing a whole new Wind Energy Areas (WEA). There are six of them from Delaware to Cape Hatteras, but the two that my impact life locally are designated call area D and F. Not very original, but it is government after all.

The area D is immediately adjacent to the Kitty Hawk WEA that is slowly but surely working its way to being developed. The lease holder for the area is Avangrid, a European company with a lot of experience in developing wind energy, especially offshore.

The area that BOEM feels can be developed in that D WEA is almost twice the 122,405 acres of the Kitty Hawk WEA.

Farther out to sea—to the east—is area F. That particular area is over 100 miles from shore, which is distinctive in and of itself, but it is also placed in an area that, if it is developed, new techniques and engineering will have to be created to exploit wind energy. The ocean depths in the area range from 2400 to 2640 meters, 7900’ to 8600’.

Almost all turbine platforms use a monopole construction—a very large pole is driven deep into the bottom of the sea, and the platform rests on that. It’s the same method that is used for offshore oil rigs.

The challenge is that no one has ever built a monopole for anything deeper than 200’. There are some floating platforms in European water that are deeper than 200’, but nothing that we can find is at 2400 meters.

If it can be developed, however, according to preliminary studies, the wind resource is very good in that area, with average wind speeds a little above nine miles per hour.

The push to identify new areas for wind energy development is an outgrowth of President Biden’s call for 30 gigawatts of offshore wind by 2030.

Given the complexity of the permitting process, it’s unclear if that goal can be met.

The Outer Banks is a dynamic and amazing place to live, work and visit. See what it’s all about while staying in a Brindley Beach Vacations home.