Riding the Route the Wright Brothers Rode in Kitty Hawk 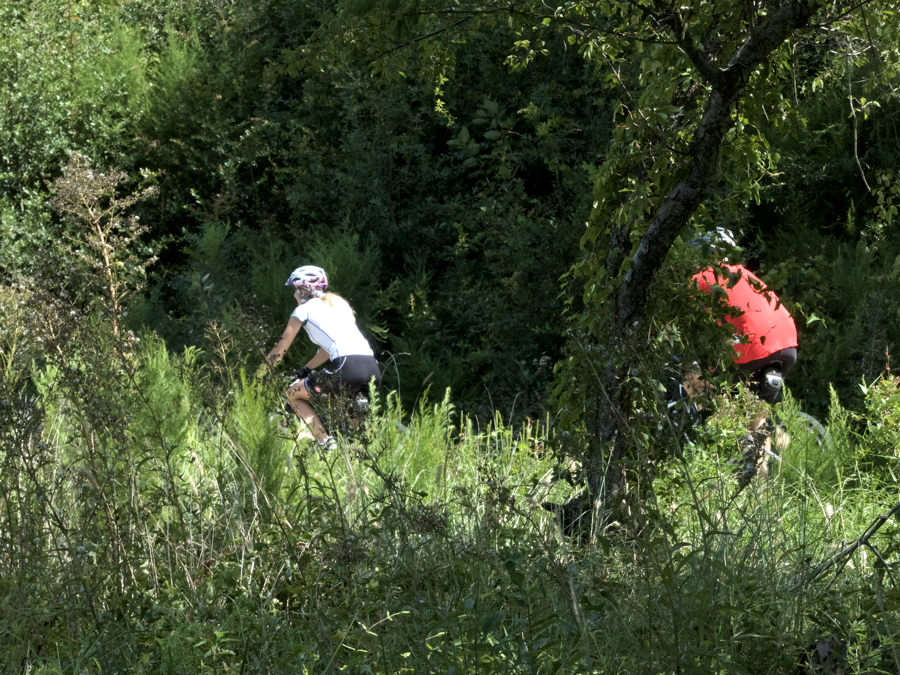 We’ve written about a lot of subjects on the Outer Banks but it suddenly dawned on us that we have never written about what an amazing place this is for bike riders. The towns with a lot of help from the Outer Banks Visitors Bureau working with NCOT have created interconnecting multi-use trails from the north end of Duck to Bodie Island Lighthouse.

With so much opportunity to explore the Outer Banks via pedal power, it’s a little difficult to come up with a description of just one ride…but we think we may have one.

We’ll call this “Retracing the Steps of the Wright Brothers.” We can’t be sure this is how the Wilbur and Orville got around, but there’s a good possibility that it is.

The ride will start at the Kitty Hawk United Methodist Church on the corner of Elijah Baum Road and Kitty Hawk Road in Kitty Hawk. The ride does not have to begin there, but it’s an easily identified landmark making it a good point of reference.

From the church, head east, toward the ocean. Both shoulders of Kitty Hawk Road are designed  for bike use, so there’s plenty of room. About a quarter mile along there road, there is an intersection on the right.

Turn right. That’s Moor Shore Road. Moor Shore Road is one of the oldest Outer Banks roads there is. It shows up on maps of the area as early as 1900. A little way down Moor Shore there will be a concrete obelisk marking the site where Orville Wright first me Bill and Addie Tate in 1900. The Tate house burned down quite a number of years ago, but the obelisk marks the site of the house.

Continuing on Moor Shore road, where it ends there will be a multi-use path continuing the route to the south and paralleling Kitty Hawk Bay. The multi-use path is called the Wright Brothers All Purpose Trail, although no one knows it by that name.

The path ends on Windgrass Circle,  which has a nice little hill climb leading to Tateway. Turn right on Tateway, Go ahead and use that speed gear as Tateway becomes Bay Drive.

You’ll be on Bay Drive for about 2.25 miles. It’s a flat easy ride with a nice wide multi-use path. Near the end of this part to the ride, Bay Drive becomes Canal Street.

At the intersection of Canal and First Street, turn right and go to the end of road. There will be a multi-use path to e left through lithely forested area.That’s actually the backside of the Wright Brothers Memorial.

The path comes out on Colington Road. Stay on the path as it goes to the left.  Take the Wright Brothers Airport access road about a quarter mile on the left, Ride slowly along the sidewalk next to the tie down area for the aircraft and suddenly the Wright Brothers Monument is right there.

Circle the monument on that nice wide road, and head for home.

So much to do and so little time, but make some time for a stay in a Brindley Beach Vacations home.