Round the World Flight Stops at Wright Brothers Memorial 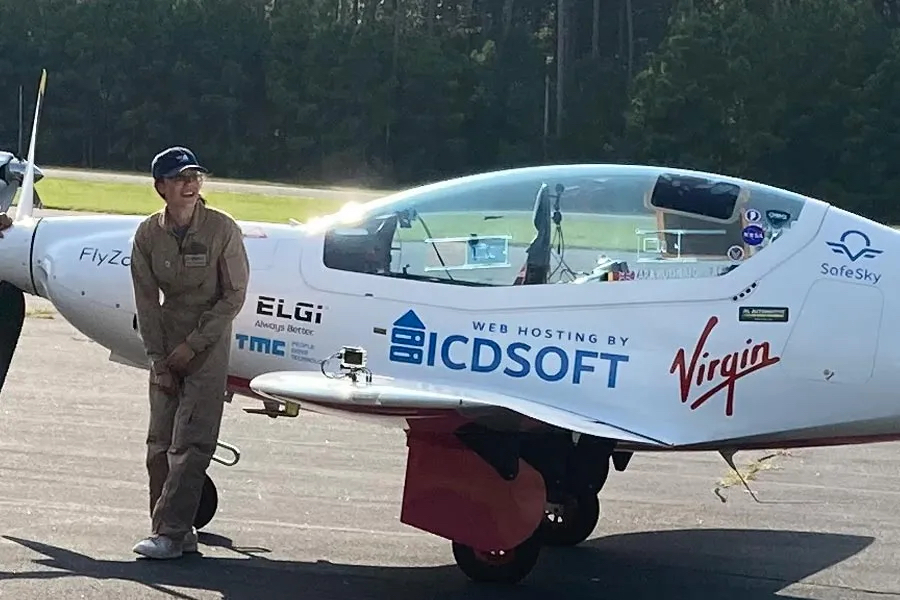 Zara Rutherford will only be on the Outer Banks for long enough to catch some sleep, refuel and continue her quest to be the youngest woman to fly solo around the world.

The journey began three week ago in her native Belgium. Since she left her home country she had already touched down in the United Kingdom, Iceland, Greenland, Canada and the United States.

Original plans had called for her to make the trip directly from New York to the Wright Brothers Memorial Airport, but the weather didn’t cooperate and she was rerouted to Princeton, NJ to wait for a break in the weather.

The next leg of her journey will take her to Jacksonville, FL where she plans to meet Siesta Waiz, who at 30 was the youngest woman before her to fly solo around the world.

Rutherford is really just in the first stages of her attempt to fly solo around the world. After leaving Florida, she’ll be heading to the Caribbean, the north end of South America, then north through Central America and Mexico.

Her map shows her heading up the West Coast of the US to Canada, Alaska and then to Russia, China,  and Southeast Asia as she begins to head home to Belgium.

According to her website, she will be touching down in 52 countries. There is not a schedule listed for where she will be day to day, but she probably will want to keep moving. The map shows her crossing from Alaska to Russia at the Bering Straight, a she probably would not want to be there too late in the year.

In an interview about landing at the site of the first flight in the Outer Banks Voice, she seemed a little overwhelmed by what she was experiencing, commenting, “I’m struggling to comprehend it…I am aware they did the very first flight [of] an aircraft. It is amazing.”

Rutherford is hoping her flight will inspire other young women to reach follow their dreams.

The Outer Banks has so many stories to tell. Begin you own story with a visit to a Brindley Beach Vacations home.