A Walk on the Beach 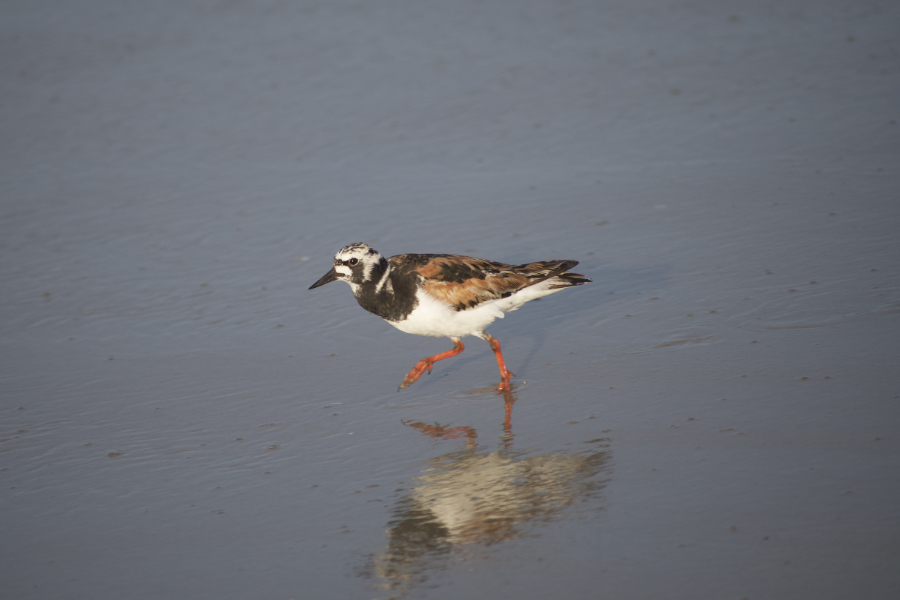 Sometimes we can miss the most remarkable things that are right before our eyes. That seems especially when we’re on the beach enjoying the sun, sand and surf, that we look around and see thing and don’t even realize the beauty of what we’re seeing.

Seabirds are such a regular feature of the shoreline that it’s easy to ignore them. Sometimes little kids will chase them, hoping to catch one. Same thing with dogs, but they're always disappointed.

There are of course all those seagulls. At first they all seem the same, but actually there’s seven or eight of them that make the Outer Banks their home—and they change by season.

And then there are those funny little birds that seem to chase the surf out to sea and then run away from it as it comes back. They’re feeding. That’s why their beaks are always pecking into the sand. Look carefully and every once in a while you’ll see a tiny ghost crab caught in their beak.

Those long-legged ones, they’re willets. The funny little ones that run like crazy on short legs—most of those are sanderlings. But not all of them.

Every once in a while they’ll be a bird among them with beautiful black and brown plumage with a white belly. It’s just a little bit bigger than a sanderling. It’s a ruddy turnstone—a beautiful bird, and seeing one in the summer on the Outer Banks is a bit out of season for the bird. They breed in the Arctic tundra and typically are not seen locally at this time of the year.

The beauty of nature is everywhere on the Outer Banks. On your next visit, takes some time to explore the natural side of this sandbar by the sea while staying in a Brindley Beach Vacations home.