Wind Turbines to Return to Jennette's Pier This Fall 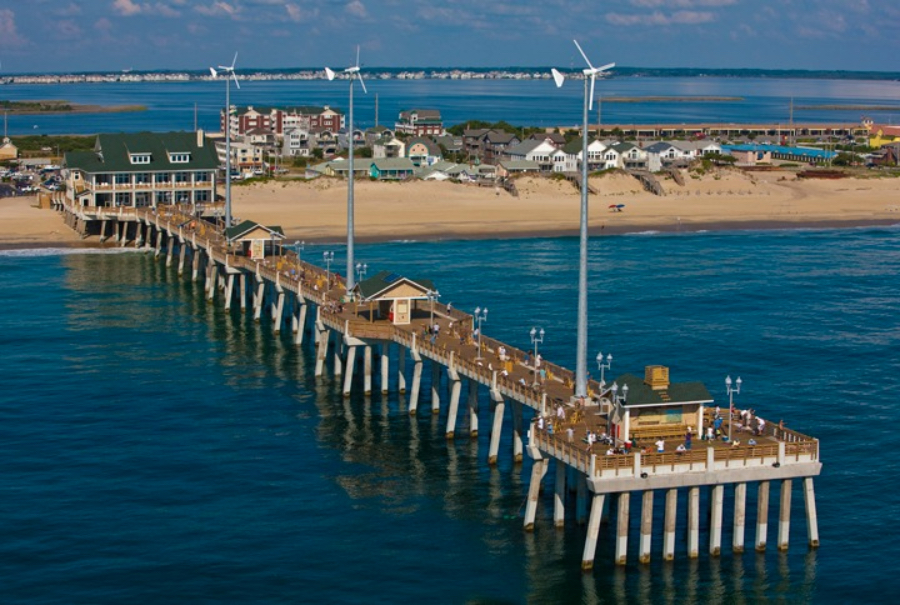 Except for the wind turbines that were once a part of Jennette’s Pier, the pier came through Hurricane Dorian pretty well back in 2019. The three wind turbines though? They didn’t fare so well.

The blades on all of them had to be replaced and now three years later, it looks as though things are getting close to finally having function wind energy again.

Only when the blades finally do get replaced, it’s going to be a considerable upgrade…at least that’s what we’re hearing.

The towers are still intact; they were not damaged at all. But Bergey Wind Power, the designer and manufacturer of the turbine will be installing their very new Excel 15 system. The original system was the Excel 10.

This new system generates about 30% more energy, but because they can operate across a much wider range of wind speeds, the energy they produce will be close to double what the Excel 10 could generate.

The old system was generating almost 20 % off the Pier’s needs. That should put this new system close to 40%.

The hold up on installation comes down to two factors.

Some of the design features of the Excel 15 are so new that the North Carolina,—Pier is part of the North Carolina Aquarium system—wants to see a certification on the system. That should not be a problem though and will probably be issued in the next two or three weeks.

The bigger issue is supply chain. It’s hard to get all the component parts on a timely basis.

Nonetheless there is guarded optimism that the new wind turbines will be installed sometime in September or October.

So many things to see and do on the Outer Banks and so little time. Make the time to stay in a Brindley Beach Vacations home and explore this place of magic.