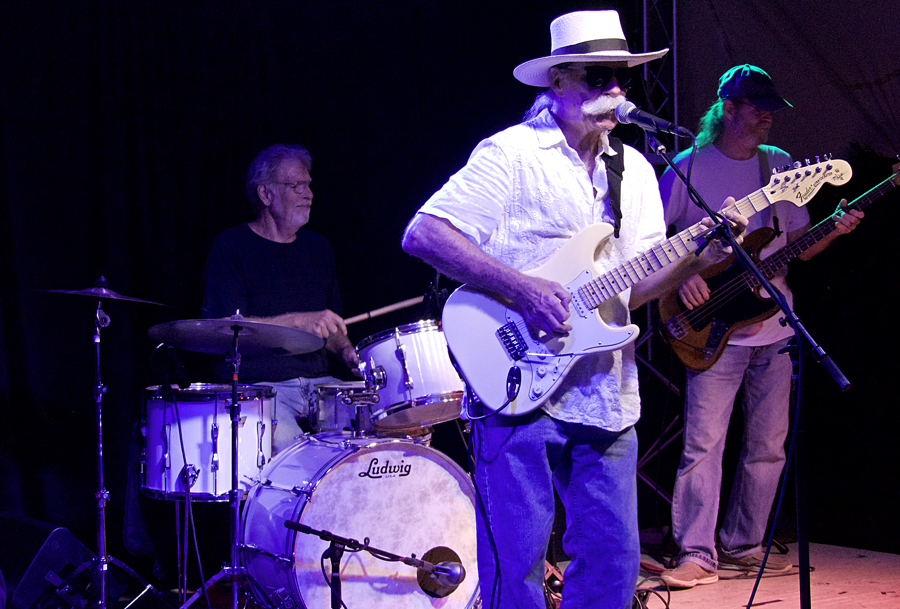 Local bluesman, guitarist, musician Mojo Collins has seen a lot in his more than 50 years in the business. He got out of the Air Force just in time to catch the summer of love in San Francisco and he ended up opening for everyone from the Grateful Dead to Janis Joplin.

He moved back to North Carolina, by his own admission to get out of the drug scened and probably save his life. Here in the Old North State he carved out a whole new career in music, writing songs and taking on causes he believes in, writing songs to support of the Friends of Jockey’s Ridge before it became a state park. Or helping to let folks know the Cape Hatteras Lighthouse was in danger of falling into the sea.

He’s even been awarded the North Carolina Order of the Longleaf Pine.

But for all that he has accomplished, there, never has been a film about his life…until now.

It’s a good film. So good that the Downeast Flick Fest (DEFF) in Kinston, NC, awarded the documentary its Sweet Pea Award, one of the organization’s most prestigious awards.

The award is “…designed to highlight films that spread pride, joy, and awareness of NC's history, culture, and collective future,” the DEFF website says.

Now with COVIDE restrictions easing, DEFF will host its annual November film festival focussing on independent filmmakers of North Carolina and North Carolina stories from November 19, 20 and 21 this year.

The film will be available for general release soon.

There are so many interesting and talented people that make up the Outer Banks. It’s part of what makes this sandbar by the sea of fascinating. A week or two in a Brindley Beach Vacations home is barely enough time to begin the exploration of the area.